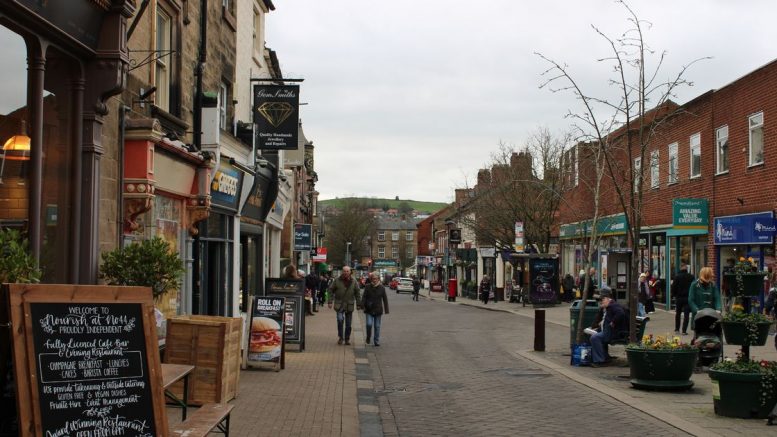 A Derbyshire town has been ranked amongst the best high streets in the country. The poll, conducted by the Daily Telegraph ’s “destination experts”, ranks Belper as the tenth best in the UK.

Travel journalist Sarah Baxter said: “Belper is doing something right. This former powerhouse of the industrial revolution has successfully reinvented itself for the 21st century. It’s the only place in the country to have won the Great British High Street’s High Street of the Year award twice (most recently in 2019), and is lauded for its community engagement and proactive association of independent businesses.”

Donna Carr, 52, the owner of Dot-teas Emporium on the A6 in Belper for three years, said: “The people in Belper are just amazing, we’re definitely all a community. People are born in Belper and move away, but they always come back again because it’s always their home. Everybody helps each other, including all the businesses, we all help each other out. We’ve got a range of all shops, it’s absolutely amazing.

“I myself live in Derby, but I’d actually rather shop in Belper. It’s just big enough, Derby is too big. There’s also so much history in Belper. It’s a shame the Strutt Mill museum shut down – that was just terrible. You can still do walks, but obviously the museum is not there.”

Charlotte Hall, 32, has worked in hospitality for 15 years, and has been working in Belper’s branch of The Book Café for the last two-and-a-half-years

She said: “It’s definitely because Belper is very much focused on local small businesses. There’s a lot of community support going on, and we focus on looking after the town. It’s pleasant, nice and welcoming. And there’s lots of markets and that kind of thing helps.

“There’s a bit of everything here, you never know what you’re going to find. There are independent cafes, florists, charity shops, art shops, and still new places are opening up.”

Ukrainian family shares how they will spend first Christmas in Derby