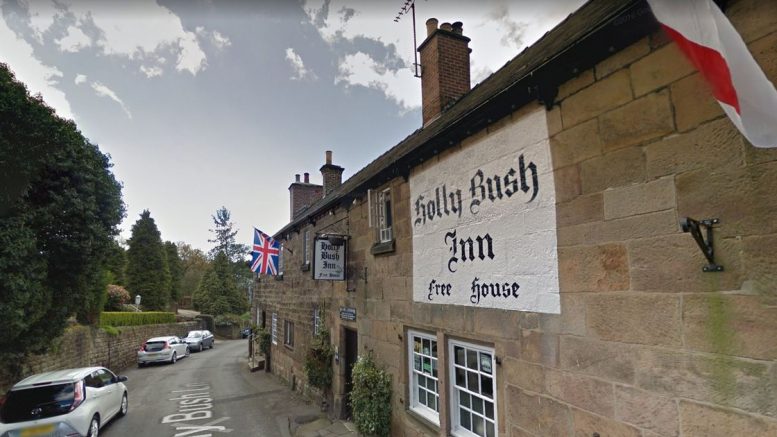 An esteemed country pub near Belper has achieved a perfect score from a trusted independent pub and bar reviewer. The Holly Bush Inn, on Holly Bush Lane in Makeney, was given full marks by the European Bar Guide (EBG) after their representative visited on Monday, November 14.

The anonymous agent was on a short tour of pubs near Belper when they visited the pub, posting their opinion on Twitter shortly after. It said: “Oh my word. Pub nirvana? Must be close. Three fires crackling, cosiest interior and tasteful extension, busy hubbub even on a Monday. Great pub grub that is customer not corporate focused. This may be… Nearly.. the best pub we’ve visited in England.”

The boozer has long received rave reviews from punters and critics. But its location, off the beaten track, means that the knowledge of its existence still largely rests with seasoned drinkers, locals and beer fanatics.

With publications such as the EBG taking note, though, it may not be long before the pub is on everyone’s map. The EBG’s original tweet received 46 retweets and 382 likes, with followers of the page who’ve visited the Holly Bush before concurring with the opinion.

Alex Wilbraham runs the pub and said: “It’s a lovely review. It’s really nice to get that feedback. And it is busy on a Monday. We’re a very welcoming pub for all ages and backgrounds. You can bring anybody here, whether it’s for a celebration or a funeral. Some of the best events we’ve had here have been funerals. It’s such an evocative atmosphere to be in.”

The European Bar Guide posted a full review on their website which included much more detail about why they thought it was deserving of such a rating. It says: “The ‘Moon Under Water’ idyll really does exist and it is here in the Amber Valley in Derbyshire. An atmosphere of warmth and contentment through its rhythm and ritual, warm natural fittings, social setup which naturally encourages conversation between strangers and neighbouring groups.

“The ales for a rural pub are impressive. Typical classics complimented by several local and regional cask ales, craft keg with one or two raising an eyebrow – not craft beer bar standard but would shame many city pubs. Prices are all fair given the location and fame for the place. One of the best in England. Visit at once.”

Alex, 42, thinks that doing things the old way while still moving with the times has been key to their success. She said: “It’s not fancy, it’s just a proper pub. We’ve got four open fires and there’s old things on the wall. We’ve got a little room, no TVs… the Wi-Fi’s crap! But we’ve got a great selection of beer, gins, wines. We’ve moved it with the times but still managed to keep it a traditional, happy public inn. That’s what it is.”

Interior of empty pub closed down for making too little money