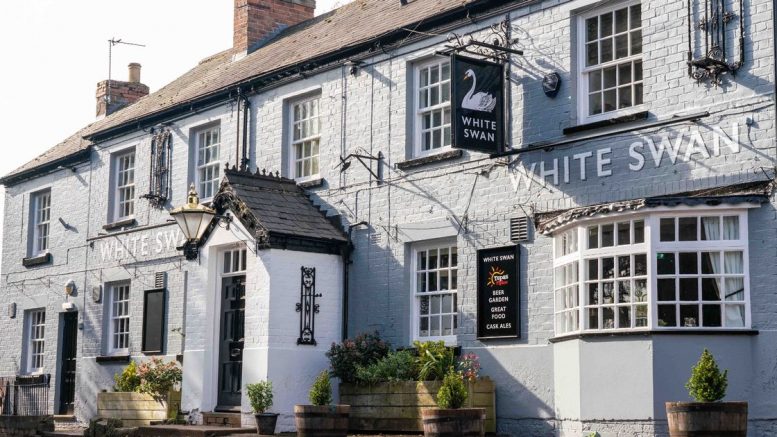 An historic Derbyshire pub has reopened its doors following a major refurbishment. The White Swan, in Church Street, Ockbrook, was shut for almost three weeks from the end of March before reopening on Good Friday, April 15.

The Heineken-owned Star Pubs & Bars firm has funded the £120,000 refurbishment which has also seen five new jobs created. The renovation has completely overhauled the exterior of the property, with new paintwork, signage and lighting installed.

Two disused fireplaces inside the property have been brought back into working order, and there is a new bar area and flooring at the family-friendly pub, which is located close to Borrowash, and not far from the Derby suburb of Spondon.

Read more: Get the latest Food and Drink news from Derbyshire Live

To cater for the increasing number of people who have developed a taste for socialising outdoors during the pandemic, the pub’s sheltered courtyard terrace has doubled in capacity to seat 100. Licensees Joanne Kershaw and Michael Lewis have also installed new equipment in the play area and put out more benches, providing seating for 160 customers on the large lawn so parents can relax as their children play.

Joanne and Michael were originally regulars of the pub themselves, before taking it over in 2019. Following the refurbishment, they now aim to extend their opening hours to include lunches, and revamp their food offerings by adding traditional pub favourites to its existing menu of authentic Spanish food.

Joanne, who used to run a call centre, said: “Michael had always wanted a restaurant, and I’d dreamt of having a pub, but we thought we might do it in later life. When The White Swan became available it was too good to miss, and we fast forwarded our plans by 20 years.

“It’s perfect – it’s a beautiful old building in a gorgeous village where Michael can enjoy cooking and I can run the bar. Taking it on is the best thing we’ve ever done.”

Star Pubs & Bars’ area manager Amanda Bloor said: “Joanne and Michael have put The White Swan back on the map. They have quadrupled the number of customers and have regulars driving from as far as Newark to enjoy its friendly atmosphere and great food.”

Check out the gallery below for a first look inside The White Swan, in Ockbrook, following its major revamp:

Interior of empty pub closed down for making too little money