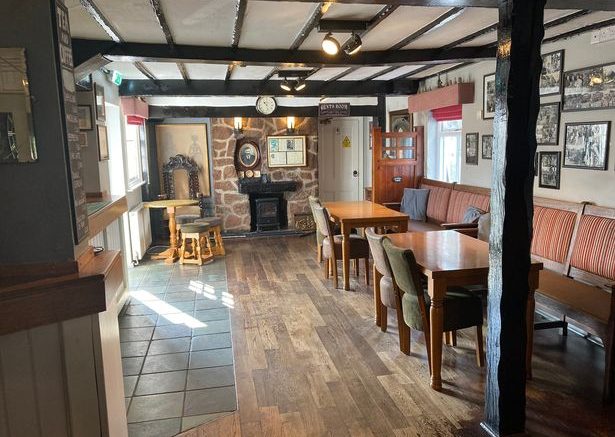 If any couple can say they have been there and done that in the licensed trade in the last 30 years, it is Jim and Jo Harris, who will reopen the Mason’s Arms at Mickleover on Monday. For the past 20 years, they have been tenants of Derby city centre’s oldest pub, Ye Olde Dolphin, a responsibility they have taken very seriously.

There will be some overlap, as they will not leave the Dolphin until May 18. Being aware for a while that Jim and Jo were going to make this move, I had been a little concerned about the future of the wonderfully historic Dolphin, one of Derby’s most important buildings, let along most important pubs. But, happily, I gather a very experienced new tenant is on the way. With a pub like the Dolphin, the licensee is only ever the custodian of a legacy and it’s a very responsible thing to be.

However, in taking on the Mason’s, Jim, in particular feels he is bringing life full circle, having started out with his grandparents at the Vine in Mickleover, just up the road, as long ago as 1982. He is returning “home” 40 years later. Half of that time has been at the Dolphin but, apart from a brief spell of factory work after leaving the Vine, Jim has been a licensee ever since. He met Jo in 1989 and she has been alongside him on the journey ever since.

Jim trained at the Wilmot Arms in Chaddesden, then had the Rocket, at the top end of Breadsall estate, which is now a shop. Next, the couple were off to the Old Bowling Green in Leicester, taking over the oldest pub in that city from the Dimbleby family, of broadcasting fame. After that came the Cedars at Evington, also in Leicestershire. At this time, the couple were working for the old Ansell’s company but they switched to Greene King to take on the Cottage in Welwyn Garden City.

Then, in 1998, it was home to Derby to launch the Jackie Stamps sports bar in the Market Place, named after the FA Cup-winning Derby County centre forward, which would later be relaunched as Walkabout. A spell at the Jonglers Comedy Club in Leicester was followed by the Greyhound, back in Derby, then the start of 20 years at the Dolphin. It’s quite the CV.

“We had wanted to come back to Derby,” said Jim. “Jackie Stamps had been a big success and we’d been gutted when that ended. Funny enough, the Mason’s was available at the same time as the Dolphin came up but the night life in town was great then and the chance to have Derby’s oldest pub was too good to miss. We’ve always respected the building, it’s been a big part of our lives and we’ll shed some tears when we leave.”

But now for the future and Jim had always liked the Mason’s, with it’s quirky split-level interior, the odd set of steps at one corner taking you from one part of the pub into the other. It is a pub which could and should be right at the heart of the community in this sprawling suburb of Derby. It has history, too, a big old building that dates back to the 17th century.

The refurbishment has got the old beams looking as pub beams should and there is plenty of natural light in the pub. While it is open plan in that you can walk right around it without going through a door, the pub is also separated into distinct areas and it’s a pub you can get cosy in. Outside is a large car park with a good-sized raised decking area and the scope to sort out a pub garden, which will be one of the projects a little down the line.

The Mason’s is where Jim and Jo see their licensed trade times ending in retirement, some years down the line: “The pub was shut for six months and we’ve had quite a lot of work done,” says Jim. “We’ve got the ambience how we wanted it, with traditional features and pictures of local places on the walls.

“There are no TVs here and it will be a wet-led pub, although we’ll put some food on once we’ve got into the swing of things. We’ll have some live entertainment, too. There are good times to be had here and we’ll be living on site. And this will be our swansong. We started in Mickleover, we’re finishing in Mickleover – happy days.”