A Derby motorist whose car was hit by a rock thrown from an A38 bridge has spoken out about the shocking incident.

She is one of six drivers who reported having their cars damaged between 8.45pm and 9.30pm on Tuesday, from a bridge between Markeaton Island and Allestree.

A man or teenage boy wearing a dark hooded top was described by police as throwing items off the bridge, causing damage to vehicle windscreens and bonnets.

The 42-year-old woman was heading to see her sister when the windscreen of her Skoda car was smashed in by the force of one of the falling rocks.

The rock fell on the driver’s side, leaving the woman, who does not wish to be named, “really shaken up” by the incident.

She said: “The rock came through the windscreen, there was glass everywhere in the car and I had some in my eyes. It was a decent sized rock of a triangular shape and it was quite sharp.

“There were six of us who stopped on the Palm Court Island together and everyone had been hit on the driver’s side, either on the windscreen or roof.

“There was another woman who had been hit just before me and she started comforting me when I got out the car because it was upsetting.

“I was really shaken up, you just think ‘well that could’ve killed me’.

“If it was slightly higher it could’ve come through the windscreen and straight into the middle of my face, so I was very lucky.”

The motorist says she will be without her car, which she’s had for two years, for more than a week due to the damage caused.

The woman, who lives in Derby, says the replacement windscreen will cost her £100 on her insurance.

She added: “My car was totally undriveable so one of my dad’s friends had to come and pick it up on a trailer.

“It is annoying that my car won’t get repaired for 10 days, and it has cost me £100 on my insurance.

“I work freelance and haven’t had any work since the start of Covid-19 so £100 is quite a decent amount of money for me.”

Police have urged witnesses to come forward and said they believe there could be more victims.

Thankfully no serious crashes happened as a result of the incident and nobody was seriously injured.

Sergeant Daniel Potts, of the Allestree, Darley, Mackworth and Morley Safer Neighbourhood Policing Team, said: “Six drivers reported having their vehicles damaged in this incident, but it’s possible others have not reported it, and we would urge them to do so.

“We also want to speak to anyone who may have seen the incident taking place, or who may have relevant dashcam footage from the area at that time.

“We are increasing patrols in the area to deter this type of activity as it is an extremely dangerous thing to do.

“On this occasion, vehicles were damaged, but there could have been more serious consequences should a driver or passenger have been injured or a collision caused.”

Anyone with information should call Derbyshire police quoting reference number 20*402902 and the name of the officer in the case, PC Amy Hill, in any correspondence.

People with information can also call Crimestoppers anonymously on 0800 555 111. 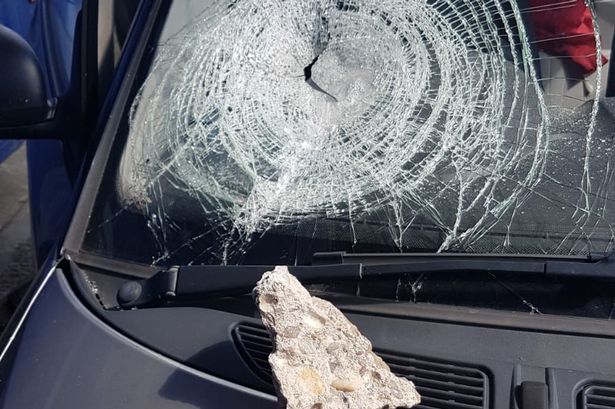 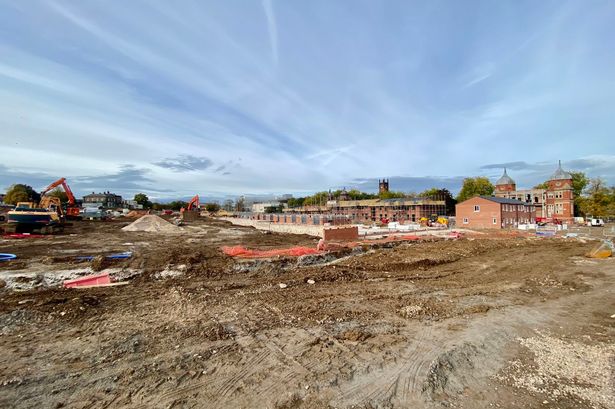 Behind the scenes look as Derby’s Nightingale Quarter takes shape