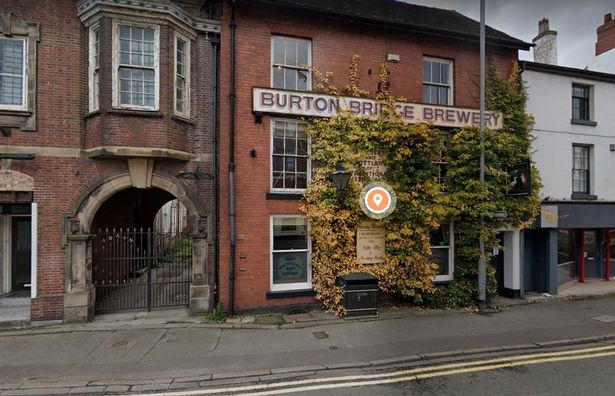 This week I’ve been delving into a very good new book, World’s Greatest Beers, the latest to be published by the Campaign for Real Ale. Now, whatever you think about Camra – and the long-running consumer organisation certainly divides opinion – they do commission good books.

They don’t skimp. The books are always beautifully printed and produced, professionally laid out and the subject matter displays a diversity of opinion that the campaign is not always credited with: last year’s Modern British Beer, by Matthew Curtis, was also testament to that.

World’s Greatest Beers. It’s a bold subject because, immediately, people will say that this beer or that beer should have been included and hasn’t been. Books like this will always date, too. However, what they have done for this book is pull together eight beer writers of varying ages, including the venerable Roger Protz, who edited the Good Beer Guide for many years, and Pete Brown, the author of many books on beer and pubs, and get them to list the beers they thought should be included.

The result is a list of 250 from all over the globe, their origins and significance described in thorough detail as much as their taste. Beer, as with so many subjects, can be notoriously subject to trends, and I feared too many of the beers chosen would be hugely popular among the chattering classes in London or Manchester, but never to be seen elsewhere, and perhaps destined not to be so popular within a few months.

Largely, it is not a trap they have fallen into with this book. I also get that some of the beers I have heard of, taking a moderately keen interest in the subject, will not have been heard of by others. But a lot of us want to find out about new things still, don’t we?

I was gratified to find some beers I regard as absolutely iconic in the listings. Usefully, all 250 beers are indexed at the back, so you can dip into the book and find which writer picked a particular favourite and read more about it.

Would there be any local beers which had made the cut, I wondered, as I always do with such publications? Some of those that did were a surprise, others less so. Here’s a run through of the locals included:

Burton Bridge Empire Pale Ale: How brilliant to see Burton Bridge featured. Their Empire Pale Ale is only available in bottles and is, says Roger Protz, who chose it, brewed to replicate a sea journey to India, as original IPAs were. Therefore, it’s conditioned for six months in casks before being bottled and comes in at 7.5%.

Buxton Axe Edge: Writer Jonny Garrett says Buxton Brewery were among the first to bring the modern American-style brewery to the UK, and while Axe Edge is named after a Derbyshire landmark, this 6.8% IPA definitely echoes the US West Coast style of fruity IPAs.

Worthington White Shield: The famous old beer was saved from extinction by renowned Burton brewer Steve Wellington, and its cult status is full intact in the brilliant, faithful-to-the-original bottle conditioned beer you buy readily today, a 5.6% traditional IPA with real depth, chosen for the book by Pete Brown.

Thornbridge Jaipur: It couldn’t be left out, could it? Pete Brown did not leave it out. There is not much more to say that hasn’t been said about Jaipur. It set a standard, more than a decade ago, made Thornbridge’s reputation, and is still the standard bearer for modern IPAs.

Thornbridge Necessary Evil: Emma Inch, chair of the British Guild of Beer Writers, picked this jet-black strong ale for the book. It’s a 13% bourbon-barrel-aged stout packed with flavour. I could – I will – tell you that smaller local operations like Bang The Elephant at Langley Mill and Urban Chicken, at Ilkeston, are masters of this style, but of course, they’re not quite well-known enough yet to get into books like this. Perhaps one day.

Titanic Plum Porter Grand Reserve: OK, they’re at Burslem, but Titanic are well known around these parts, especially for Plum Porter, and this, the stronger version, infused with port and available only around Christmas, is an absolute belter, as selected for the book by Emma Inch. Would go well with Christmas dinner.

I was pleased to see a couple of my all-time Scottish favourites included – Jarl, from Fyne Ales near Inveraray, a brilliant session pale at 3.8%, and Orkney Dark Island Reserve, the brewery’s Dark Island beer aged in whisky barrels to produce a dark beer of great complexity.

Were there some beers that really should have made the cut? Of course. I think Marston’s Owd Rodger, Draught Bass and Theakston’s Old Peculier are all-time classics, and that Britain’s only authorised Trappist-style dark beer, Tynt Meadow, brewed by the monks of St Bernard’s Abbey, in nearby Charnwood Forest, was an instant classic when they launched it in 2017. But as I said at the start, it’s all about opinions.

World’s Greatest Beers (Camra Books, £17.99) would make a fine present for the beer connoisseur in your life.