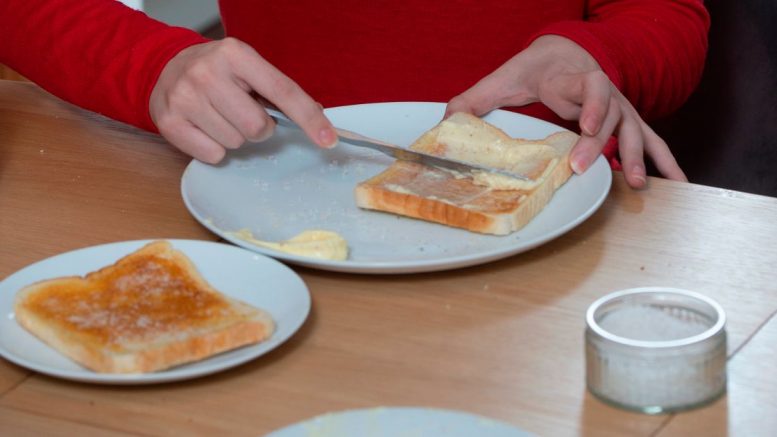 With the cost of living continuing to affect seemingly everything, one of the main issues people are struggling with is the rise in food prices across the UK.

With this, shoppers are trying their best to find the cheapest deals possible at supermarkets like Sainsbury’s, Lidl, ASDA, Iceland, Morrisons and Tesco. However, now shoppers have been horrified to find packets of butter for a jaw-dropping cost at one supermarket.

Many shoppers’ favourite brand of butter is Lurpak and it is at the heart of this shocking discovery. Lurpak is luxury butter made by a Danish company but Brits love it so much that we buy more of it than any other nation. However, when people found out how much 1kg is being sold for in certain shops, they were alarmed.

Morrisons is selling 1KG packs of Lurpak for £7.50 on its website. Last week The Mirror reported that Iceland shoppers were left stunned after spotting a 500g tub of Lurpak selling for an eye-watering £5 – the same product that was £3.65 just a short while ago.

But consumers saw the funny side and took to social media to poke fun at the high Lurpak price tags. One said: “Lurpak has got very expensive £7.25 at Sainsbury’s!”

A week later and people aren’t finding it quite so funny. A picture of another supermarket selling 1kg packs of Lurpak was shared on Facebook. The reaction was that of shock and disappointment.

Vivien McDermott said: “Why is it so expensive? Morrisons salted butter 250g was £1.75 last week so £7 if you buy a kilo worth. Save a few quid that way.” Jayne Gardiner said: “That’s disgusting, id never pay that, just to have jam on toast would cost over a tenner, no way.”

Stacy Jane Livermore commented: “Extortionate I now buy wholesale and I got a massive one for £6 lol.” Nic Bright said: “That got to be wrong make butter yourself or get kids to keep them quiet for ages.”

Sainsbury’s, Morrisons and Ocado have been contacted for comment.