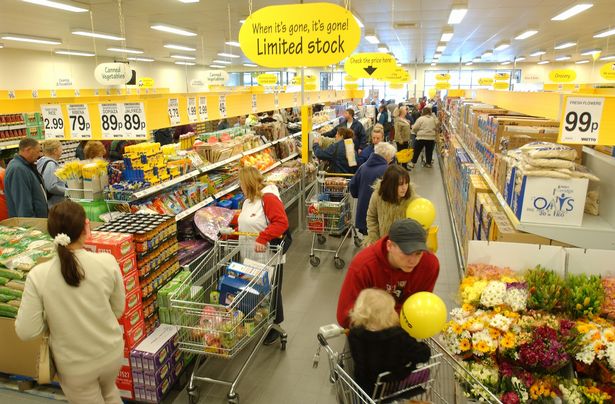 A third European budget supermarket chain opened stores across the country, including in Derbyshire, but did not quite see the meteoric rise enjoyed by Aldi and Lidl. It was called Netto, and hailed from Denmark.

It promised much of the same as its German friends which arrived on these shores in the 90s, but unlike them, it didn’t stand the test of time. Aldi and Lidl promised all of your household and kitchen essentials for cheaper than the established British giants, with a few middle-aisle bargains to boot.

They’ve done pretty well for themselves, but they weren’t the only Europeans to touch down here. You don’t see Netto’s name anymore though – unless you’ve still got a yellow and black carrier bag with a dog printed on it, stashed in your cupboard, Nottinghamshire Live reports.

Read more: Get the latest retail stories from Derbyshire Live

There were numerous Netto stores in Derbyshire, including the branch in the Acorn Centre, in Langley Mill, which was one of the brand’s top performing supermarkets for a time.

As well as undercutting any Sainsbury’s, Asda stores, and their German rivals, they also had to compete with another British brand you might remember from the time too. Price wars with Kwik Saves brought costs tumbling down for a time.

Netto poured millions into establishing itself, and that yellow and black branding started appearing all over the country. At its height there were over 200 stores. They’d all gone by 2011, but a short-lived revival brought a few back in 2014 too.

It did back up its claims of value, in fairness. In adverts you could see 2 litres of Pepsi for 99p – 1.5 litres these days is about double the price.

You might remember its TV ads too, with vaguely Scandinavian voiceovers pointing out price drops on everything from Heinz baked beans to £4.99 house plants from the middle aisle. “Sainsbury’s ads are better than ours… but our spuds are cheaper, so there”, went one of its sparse TV spots with the yellow backgrounds.

Parents might have loved it for helping to balance the budget, but that doesn’t mean their kids liked Netto. That was for a different reason altogether.

You might remember taking carrier bags to school to hold all sorts that wouldn’t fit in your backpacks – P.E. kits, art supplies and the like. Some schoolchildren wouldn’t be caught dead using a Netto bag for that.

“What’s yellow and black and full of rubbish?”, they’d say about the carrier bags with the Westie dog on them. Kids can be cruel.

Asda bought out Netto in 2011, converting a few and selling off the rest. Sainsbury’s tried to bring the brand back in a partnership from 2014 to 2016, but that never took off with only a handful of stores making the switch back to black and yellow.

If you fancy a Netto pilgrimage, there are still stores in Denmark, Germany and Poland. But for now, Aldi and Lidl carry the flag for the European cut-price supermarkets in the UK.

Did you shop at a Netto? How did it compare to the Lidl or Aldi of today? Please leave a comment below, or get in touch via email at newsdesk@derbytelegraph.co.uk .